Built in 1964 for a mere £9m – BT Tower (formerly Post Office Tower) was once London’s tallest and most iconic buildings – complete with its revolving restaurant at the top. Many name changes, a bomb and newer developments in London have not been kind to it however the comms tower remains an interesting building to view and photograph.

Panoramic view of London from the top

Look out for this Banksy on the corner of Clipstone Street and Cleveland Street. 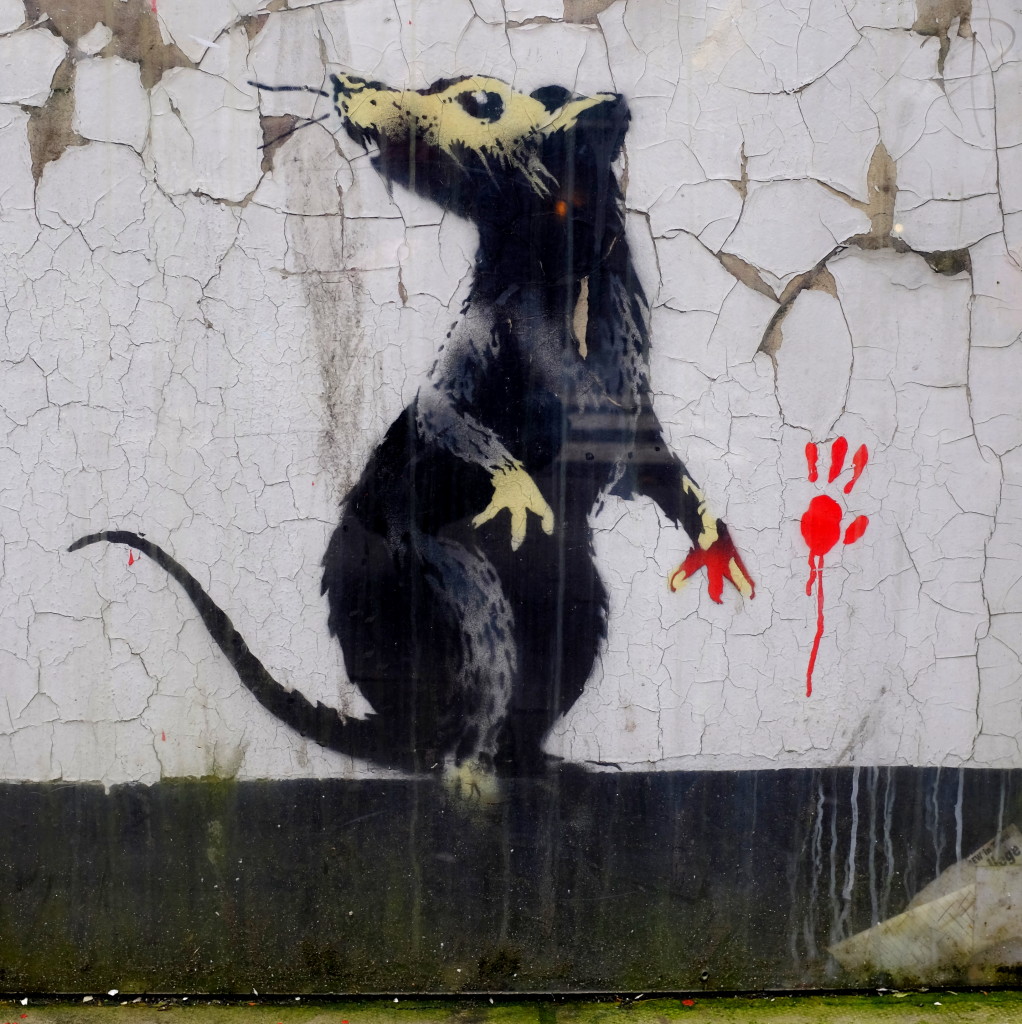